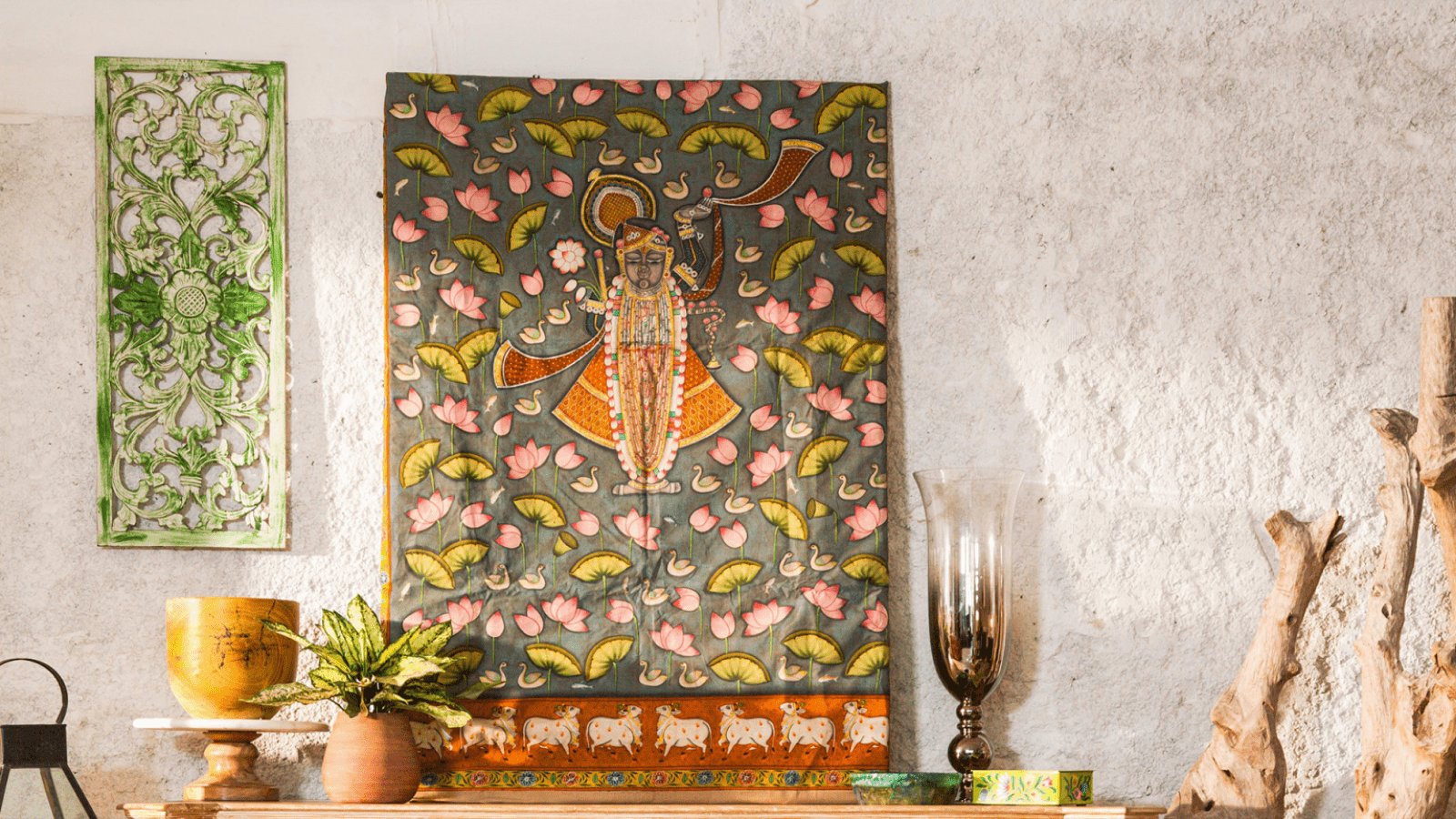 India is a land known throughout the world for its diversity. From culture to crafts, you can find diversity in every detail of life. Hence, it comes as no surprise that many Indian arts are heavily influenced by age-old traditions and folklore. Keep in mind that most of these artistic traditions are passed down through generations and in light of modern aesthetical developments, face the risk of being phased out of existence. Here’s a rundown of five amazing Indian arts that need to be revived before they are lost forever.

Extracted from goats that graze the mountains of Himalayas, Pashmina is one of the finest quality of wool found across the globe. It is renowned for its light-weight, softness and naturally insulating properties. In the olden days, pashmina was harvested to make royal clothes and adorn regal accessories for the kings and queens of the land. Now, however, this delicate craft of hand weaving fabrics is being lost to technological advancements in the textile industry. Pashmina is popularly sold throughout the world as cashmere shawls and can be bought from authorized vendors living in the belts of Kashmir and Nepal.

Originating from the South Indian city of Thanjavur, Tanjore is the intricate art of hand-painting canvases made of wood and cloth. Additionally, paintings were also done on walls, glass, paper and ivory. Tanjore paintings often depict scenes from puranas and emphasize iconic moments from the lives of Hindu gods and goddesses such as Saraswati, Lakshmi, Durga, Ganesha and Krishna. Each painting is adorned with precious and semi-precious stones, glass beads, glossy colors and a glow emanating from 22-carat gold foils that are used to emboss the artwork. This unique treatment ensures that the artwork remains intact for generations within the family.

Named after the largest tribe found in Maharashtra, Warli is an art form expressed on walls and paintings. The tribal art depicts instances of their social life and day-to-day activities such as hunting, dancing, singing, sowing and harvesting. Warli has a unique style that represents humans and animals living in harmony with nature. Although the tribe lives in close proximity to the metropolitan city of Mumbai, they have shunned modern influences in their folk art.

Tribes from Chhattisgar have been among the earliest people known to use the method of non-ferrous metal casting in India. This 4000-year-old art form called Dhokra is still being used in remote parts of the nation such as West Bengal, Kerala and Odisha. Inspired by animals of the forest, religion and their own culture, metal ornaments and artifacts are created with wax castings. The dancing girl of Mohenjo-daro is a prime example of dhokra’s timeless sense of style. Its simplicity in design is the driving factor behind the great demand for dhokra products in national and international markets.

Originating from the town of Nathdwara in Rajasthan, Pichwai is a 400-year-old style of painting made on cloth. The term comes from the Sanskrit words ‘Pich’, meaning back, and ‘Wai’, meaning to hang. You can catch a glimpse of the folk art behind the deity at the Shrinath temple in Nathdwara, hung to celebrate Indian festivals such as Govardhan puja, Diwali and Janmasthami. Traditional pichwais often depict momentous instances from the life of Sri Krishna. The paintings include depictions of Radha, gopikas, cows and lotuses, along with Sri Krishna. Each pichwai takes several months to complete and is hand-painted by many artists working together. The fine detailing makes it impossible to retouch after completion, making it irresistible to art connoisseurs.

India is home to all of these traditional arts and more. Unfortunately, the appeal of modern art and technology is overwhelming and is quite capable of overshadowing years of practice and perfection, attained by local artisans. Be conscious of our rich culture and do your part to preserve and revive these Indian art forms before its too late.

Antique Furniture: All you need to know

Online vs The Real Thing