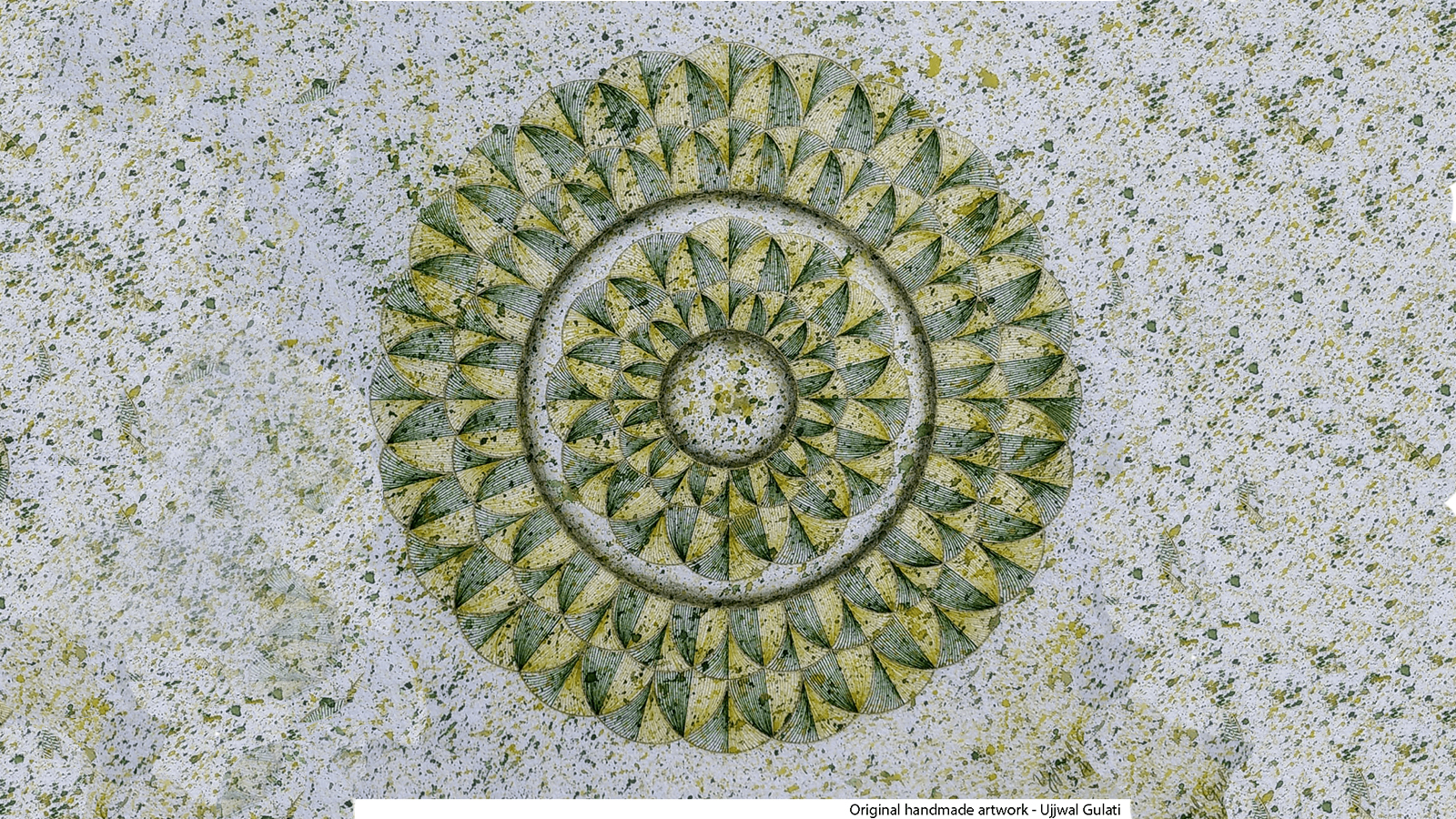 Over the years while working as an interior stylist I began to appreciate and understand the domain of Indian textiles and traditional art a whole lot more. Traditional art to me is a culture of a group of people with skills and knowledge that is passed down from one generation to the next, from a master to the apprentice, honing their skills along the way.

Like everything else our idea about art keeps evolving. I believe traditional art should not be only about the anonymous artisan working on religious and spirituals motifs vis a vis the so-called non-traditional art where the fame of the artist matters. Both have their unique skill set and value.

All of us know a Van Gogh and a Da Vinci, a Klimt or a Warhol. In India artists like Husain and Jamini Roy are household names and yes, their art and success cannot be undermined. However Indian traditional art is rarely appreciated or valued as much as it should be and always takes a back seat especially in Indian homes.

Let’s take a look at some of the Indian art forms I love and why it should be found in Indian contemporary homes. One of the most spectacular forms of Indian textile art and one that is gaining popularity these days thanks to the ubiquitous cow motif. The word Pichwai literally means a hanging backdrop that was used on the walls of temples and houses especially in Nathdwara, Rajasthan, the town where it originated.

To me the Pichwai is a celebration of life. Even though it is one of most ancient of Indian arts, it is also now thanks to its revival one of the most contemporary. The art form celebrates Lord Srinathji and his exploits, the seasons, nature and occasions, and is considered to be the art of God. Artists sit on the floor and work on cloth, painstakingly creating every element stroke by stroke. They largely use natural colors like lac, saffron, zinc ,indigo and noble metals like gold.

This is the traditional art form of India’s largest tribe -the Goonds from Central India. The art form is a reflection of man and his close connection with the environment. To the Goond people everything in nature has a spirit, be it a hill, a rock or a tree and hence considered sacred. In today’s time Goond art resonates with me as a style that is both traditional and yet contemporary and uniquely striking like most aboriginal art forms. Each Goond painting is a combination of lines along with dots and dashes to fill the paintings. Each artist has a different ‘signature’ – the patterns of dots and dashes, which make their work distinct. Before Marvel comics and Asterix there was Pathachitra .One of the most exquisite and intricate art forms from Odisha, this art form depicted stories from the Puranas, the Panchatantra, the Ramayana , Mahabharata etc. like a graphic pictorial book.

An original pattachitra painting is made from 100 percent organic materials and can take months to complete. The art originated in a small village called Raghurajpur in Odisha. This village is unique as here each family is engaged in crafts, such as patta painting, wooden toys, stone carvings, etc.

You’ll be surprised to know that the largest collection of Kalighat paintings is in the Victoria and Albert Museum London. Looking at a Kalighat painting you will realize how much the style influenced one of India’s greatest contemporary artist Jamini Roy. Kalighat as the name suggests originated around the area of the Kalighat temple in Kolkata where visitors would take these arts as religious souveniers. The art largely depicted gods and mythical characters as well as ordinary scenes from everyday life, Again, these paintings were created with natural dyes on clothes and scrolls, The most interesting thing about this art form was that an entire family would be involved in the creation of a piece. Each member of the family had a particular task in the creation process, based on sex and age, making this one of the biggest cottage industries in Bengal at that time.

Mandalas have served as a sacred symbol for centuries especially in Hinduism and Buddhism. The word Mandala in Sanskrit means ‘circle’ but the Tibetan word for Mandala is ‘kyilkor’ which means ‘’ that which encircles a center.” According to art historians, it was the Buddhist monks who would travel with the mandalas with Gautama Buddha’s teachings in them and made them popular in Hinduism as well.

In art, a mandala represents the universe that is beyond one’s consciousness. It is a symbol of wholeness. In one way it can be seen as a cosmic diagram that reminds us of our relation to the infinite, the world that exists both beyond us and that which exists within our body and mind.

Though rooted in Buddhism today Mandalas have become hugely popular even internationally and have been used as art therapy. It is considered both therapeutic and symbolic. Finally, one of my favorites is a relatively unknown and dying art form called Mata ni Pachedi. Often mistaken with the more popular Kalamkari art, this form however is from Gujarat. Mate ni pachedi literally means “behind the mother goddess.” It was made by a nomadic community in Gujarat. Because they were barred from entering temples due to their lowly caste, the tribe took it in their stride and went on to make their own shrines by painting cloth with images of the Mother Goddess. These paintings became sacred shrines and are beautiful works of art praising the female shakti or power.

At the center of the scroll is a temple representation within which is the image of the Mother goddess. Around the central deity are smaller frames connected to her legend as well as episodes from daily living — performing the garba dance, harvesting, etc.

Picasso once said a “ Painting is just another way of keeping a diary .” He implied art is a therapy for the congested mind.

The lockdown for many has been a journey, a time when we have realized that life has very little space for reflection. People were in an endless rush to reach milestones and in that rush we forget to stop, think and find our “rest stops” .

Now more than ever is a time to reflect and feel. Traditional art is a great way to understand the beauty and aesthetics of Indian sensibilities and we need to bring it into our lives and homes.

From Tanjore’s to Tankha’s India is brimming with traditional art, do you have any in your home that takes a place of pride?

Difference between a Sideboard and a Buffet! What would be best for your home?